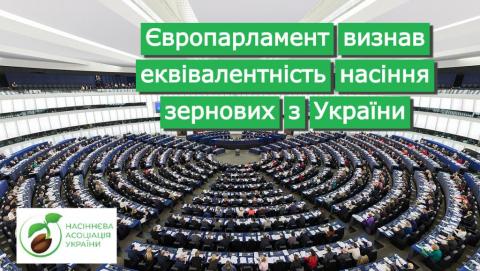 On October 07, 2020, the European Parliament voted to recognize the EU the equivalence of seed certification system and seeds produced in Ukraine. Seed Association of Ukraine emphasizes that it has been a long-awaited decision for the entire Ukrainian seed sector, which opens the way for the export of cereal seeds, seeds of corn and sorghum to the EU. 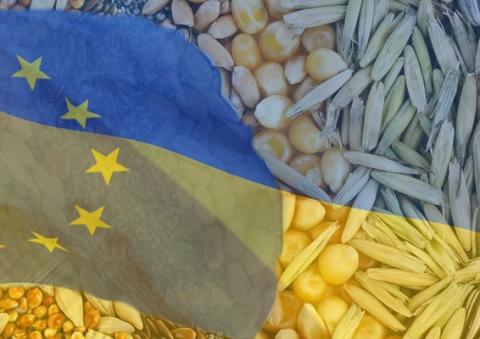 The European Parliament Committee on Agriculture and Rural Development (AGRI) supported the recognition of equivalence of cereal seeds, maize and sorghum seeds from Ukraine. The corresponding decision was voted at the meeting on September 22, 2020. This decision of the AGRI committee paves the way for the document to be submitted to the plenary of the entire European Parliament, which currently can be expected for October, being the last step, which finalizes the recognition of the equivalence and allows the export of seed-producing crops of cereals, maize and sorghum to the EU.

10.04.2020
EU has initiated the final stage of recognition of seed certification system of Ukraine as equivalent to its requirements 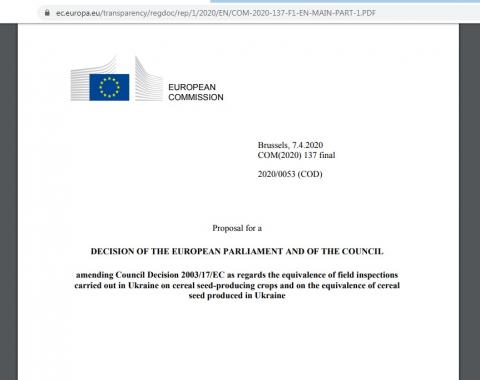 Seed Association of Ukraine welcomes the passing of another stage towards the recognition of seed certification system of Ukraine as equivalent to the requirements of the European Union!

The backing of the decision has been initiated by the EU Commission, with the start of the final stage of the EU legislative procedure, which has already begun. Thus, on April 07 there was the publication of the EU commission proposal to include Ukraine to the list of the non-EU countries who can export their seeds to the markets of the European Union member-states

31.03.2020
Review of the Ukraine's request for the possibility of exporting seeds to the EU will enter its final stage

European Commission published the results of the meeting of Section for Seeds and Propagating Material, stating that: "The request of Ukraine is being treated; the internal adoption process is now ongoing and should be finalized during the Croatian Presidency" (that is by June 30, 2020).

22.09.2020
September 22, 2020, the EP ComAgri supported equivalence of cereal seeds from Ukraine
26.04.2017
IV International Forum on Intellectual Property
12.07.2013
Summer meeting of German and Ukrainian Agriculture 2013 "The effective use of modern agricultural machinery"
18.06.2013
Working meeting on the protection of plant variety rights
28.05.2013
Cooperation between France and Ukraine in the seed sector